You are here: Home / Blog / Blog / Will Augmented Reality add a new dimension to marketing?

Will Augmented Reality add a new dimension to marketing?

Will Augmented Reality add a new dimension to marketing?

Augmented Realty is the buzzword on many marketeers’ lips. The mobile and video game market has been driving its rapid development in 2017 and it now presents numerous possibilities for broadening the customer experience.

For the uninitiated, augmented reality, or AR, is an emerging technology that expands the physical environment by layering ono it text, graphics, sound or aromas that enhance what we see, hear, feel and smell. This is in contrast to virtual reality, another game changing technology, which creates immersive, computer-generated environments. For AR, think Pokemon Go, its biggest success to date, and a game which has gripped adults and children alike.

Mostly AR has to be perceived through the ‘lens’ of a mobile phone app, which facilitates the layering of 3d graphics onto the scene or image in front of it. Brands have begun to exploit its potential and the big players of social media have also been quick to spot the opportunities.

Recently platforms such as Snapchat and Facebook announced new AR features. Snapchat has launched a simplified AR experience called lenses, which allow users to augment selfies with images. These images can be sponsored by brands – a Cinco de Mayo lens sponsored by Taco Bell recently got 224 million views. This has led Suntrust analyst Robert Peck to write an investor’s note saying; “We think that Snapchat is evolving beyond ‘just another social media platform’ and could be headed to be the first ‘social augmented reality platform’. 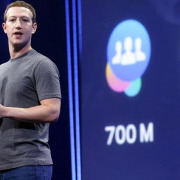 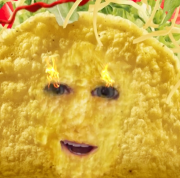 But In the world of business how is AR being used? Here are some of the best examples of Augmented Reality being used today.

Zeekit.  Zeekit lets you search new fashion, try on clothing and share looks you’re considering with friends before you make your purchase. You can try things on in-app, fit models in your size or upload your own pic. Many big brands and products are accessible and the app will even suggest new trends or styles and stuff you mightl like.

Oreal Makeup Genius. The first virtual makeup tester lets you try makeup looks and products on yourself and see them move with you in real time. This exclusive technology adapted from major Hollywood studios has never been seen before in the world of beauty. You can create your own look or try ready-to-wear ones curated by makeup artist.

Together with Google, BMW is testing a new app that displays an i3 city vehicle and i8 sports car on smartphone screens. Car shoppers can walk around the superimposed vehicles, placing it ‘life-size’ inside their driveway or garage. Users can choose from a variety of colours, trims and wheels – all appearing in a high-resolution image

These are just a few early examples of AR in practice, but the reality is – if you’ll excuse the pun – that there are almost endless possibilities for AR to create engaging, interesting and, even better, genuinely useful communications. The challenge, as ever with marketing, is to translate the enhanced brand experience into increased brand awareness, advocacy and sales.

Want to join the discussion?
Feel free to contribute!

GDPR: Lean towards video for customer opt-in
Scroll to top